The 2020-21 season of Indian Super League (ISL) has been unique for the viewers at home. The Coronavirus pandemic had a big impact on the business of football and Indian football also had its fair share of concerns.

In ISL’s case, the sixth season was wrapped up a week before India went into a lockdown. The discussions were all about how the seventh season of the competition can be organized. After plenty of deliberation, it was decided that the tournament will be organized in Goa.

Soon, all the teams kicked off their pre-season after the completion of their quarantine process. After a short pre-season that saw friendlies being played between ISL teams, the league finally kicked off on November 20, 2020.

The performances of all the clubs since the start of the season have been affected by the short pre-season, the life in the bio-bubble due to the pandemic and the lack of proper training for months during the lockdown.

While some clubs have had to deal with the fatigue in the form of recurring niggles, others have seen a drop in their performance levels. As a whole, the quality of football in ISL has suffered, due to no fault of anyone in particular.

There also have been five goalless draws so far this season even before the league has reached its halfway stage. The entire 2019-20 season had six goalless draws whereas the 2018-19 season saw a total of 10 goalless draws being recorded.

Of the 11 teams, East Bengal had the shortest pre-season due to the formalities that needed to be completed before their entry into the ISL. The delay had a huge impact as the Red and Golds started with a seven-game winless run which recently ended with their first win of the season against Odisha. Incidentally, their arch-rivals ATK Mohun Bagan were one of the first teams to start their pre-season and have also retained the core of the title-winning squad of ATK – they sit atop the league table.

The last six teams on the table as of January 5 have all had players with fitness issues this season and that is all down to the lack of a proper pre-season.

The mental health of the players is just as important, not just this season, but always. But the life inside a bio-bubble is challenging. These are footballers who love to hang out with their friends or relax at home with their family after a stressful matchday. Instead, they are all locked down inside luxurious hotels in Goa. It is a daunting task even for experienced players.

Arjun Jayaraj recently revealed that life inside the bio-bubble was tough before he left Kerala Blasters. Gary Hooper had also mentioned that the whole experience was weird when we first came in.

As the weeks go by, players will start to adjust to the new normal, and as a result, the league could see more goals and a lot of exciting games.

ISL: Sergio Lobera has to prove his credentials against Bengaluru FC

Tue Jan 5 , 2021
The Mumbai City coach would not like to be reminded of his inadequate record against the Blues… Mumbai CityFC take on Bengaluru FC in an Indian Super League (ISL) encounter on Tuesday as Sergio Lobera has some scores to settle. Among the coaches who have a minimum of 50 ISL […] 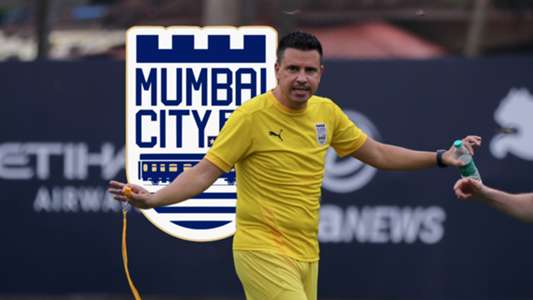