Odisha found themselves two goals down at the break against Chennaiyin in their 11th match of the 2020-21 Indian Super League (ISL).

They managed to put out an improved display in the second half but in the end, the result was one that Stuart Baxter has become used to this season – a painful defeat.

It could be argued that Odisha deserved a point for their efforts but near comebacks in the second half do not offset the team’s lacklustre starts.

Of the 18 goals Odisha have conceded this season in the ISL, 13 have been in the first halves of games. And that is the highest tally in the league. Once again, Odisha’s poor start has cost them three extremely valuable points. And as a result, they are still at the bottom of the table with just one win in 11 matches.

Baxter’s lineup had a few surprising yet understandable changes. Diego Mauricio, their best player this season, had to be rested due to fatigue. Manuel Onwu and Marcelinho were given a chance to impress and neither of them did.

Chennaiyin, on the other hand, were eager to impress right from the off. There was notable desperation to score the opening goal in the early moments of the game and in the end, they were gifted two.

Gaurav Bora, who has looked promising in previous fixtures, had a highly forgettable first half as he was directly at fault for the two goals scored by Isma Goncalves. His poor touch allowed Isma to snatch the ball outside the box and slot past the keeper to break the deadlock. Bora fouled Anirudh Thapa inside the box and conceded a spot-kick which Isma converted to double the lead.

Although the Machans registered more than 60 per cent possession in the first half, the intensity dropped after the break and Odisha clawed their way back into the contest. A delightful curling effort by Diego Mauricio set up a nervous end to the game.

But Laszlo, desperate to end his team’s four-game winless run, brought on Deepak Tangri in place of the goalscorer Isma and called for an organized set up to hold onto their lead. Laszlo will be happy that his team finally converted the chances they created but the fixture against Odisha also witnessed wasted chances in front of goal when Odisha pushed forward in search of their equaliser.

Chennaiyin failed to finish the game off and one can wonder what would’ve happened against a more in-form team. As for Odisha, the focus should be on how to not lose games in the first half itself.

Thu Jan 14 , 2021
The Liverpool great shared valuable tips for Indian players to develop… Liverpool legend Robbie Fowler was embroiled in a controversy after just two matches into the Indian Super League (ISL) when he had inadvertently remarked that it seemed some of the Indian players in his East Bengal squad seemed to have never […] 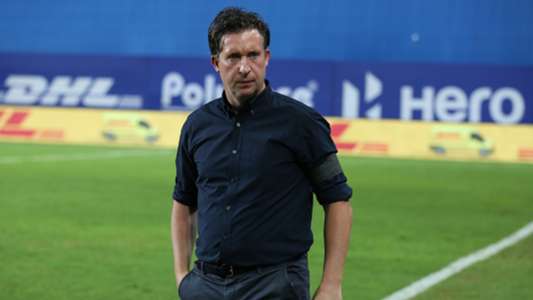