The two sides are set to face off in Group G of the African qualifying second round, their other two opponents being Ethiopia and Zimbabwe.

Broos, 69, was earlier this week named as new South Africa coach on a five-year deal.

“South Africa will prepare very well for the Black Stars and that is why they have gone for an experienced coach [in Broos],” Sarpong told Happy FM.

“It will not be easy for the Black Stars but we have an advantage over them. I have the confidence in our coaches and they should be bold in their selections as well.”

Ghana and South Africa were originally set for a first meeting in the qualifiers next month but the game has now been postponed to September.

It will be their second meeting in six months as they recently settled for a 1-1 draw in Johannesburg in the qualifiers for the upcoming Africa Cup of Nations in Cameroon.

Broos certainly knows how to get one over the Black Stars as in 2017, the Belgian led Cameroon to a 2-0 semi-final win en route to clinching the Afcon title.

Ghana, meanwhile, have set their sights on beating South Africa, Ethiopia and Zimbabwe to the sole qualifying ticket to the next and final round of the series.

“The target is to bring the cup home by winning the Afcon 2022. We must go a step further than our second-place finishes in 1992, 2010 and 2015 and end the 40-year drought for a title,” Ghana president Nana Addo Dankwa Akufo-Addo said last week.

“We must also reach at least the semi-finals of the world cup in Qatar. Our exploits in 2010, where we reached the quarter-final in South Africa, tell us that once prepared, we have the quality and the talent to match any of the best teams in the world.

“The task might seem daunting, but it is exactly not insurmountable.”

The Black Stars, who have already secured qualification for the next Afcon finals, are looking to make a return to the global showpiece after missing out on the 2018 edition in Russia.

Fri May 7 , 2021
The former Liverpool player has committed to a new deal with the Bundesliga side despite speculation about a move to Spurs or Borussia Dortmund Goalkeeper Peter Gulacsi has signed a new contract at RB Leipzig. The 31-year-old is now tied to the club until 2025 after extending his previous deal by […] 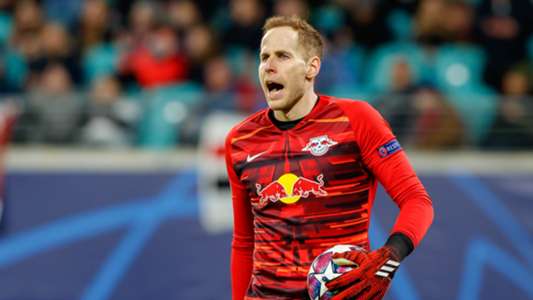