The draw for the 2021 FIFA Arab Cup was held in Doha on Tuesday, with the teams divided into four groups after a qualification stage.

The tournament is set to act as a preparatory competition to test the operational readiness of Qatar ahead of the 2022 World Cup which will be held in the Middle-East nation.

The draw for the FIFA Arab Cup was held at the Katara Opera House in Doha after following relevant Covid-19 protocols.

The tournament will see the top nine ranked sides (according to the April edition of FIFA rankings) qualify for the group stages automatically. The top nine sides are Qatar, Iraq, Tunisia, UAE, Syria, Morocco, Saudi Arabia, Algeria and Egypt.

From the four groups, group winners and runner-ups advance to the quarter-finals.

The 14-lowest ranked sides have been paired in single-leg qualification play-offs as per their April FIFA rankings.

The match-ups are as follows:

16 teams in the group stage have been drawn into four groups of four. The draw is as follows:

It must be noted that the 2022 World Cup will feature eight venues in total. Six of these venues will play hosts for the Arab Cup.

Qatar have already thrown open four venues for the 2022 World Cup while the work at the rest are progressing on schedule. The venues that have been thrown open are the Khalifa International stadium, Ahmad Bin Ali stadium, Al Janoub stadium and Education City stadium.

The group stages of the tournament will begin on 30 November 2021 and the final will take place on 18 December 2021, exactly one year before the 2022 World Cup final is scheduled to take place.

The first match of the tournament will see hosts and Asian champions Qatar take on the winner of the qualifier between Bahrain and Kuwait.

Wed Apr 28 , 2021
Riding high on an important victory over Masandawana last weekend, Amakhosi are looking to build on that as they host the Eastern Cape strugglers Kaizer Chiefs are keen to consolidate a place in the top-eight when they welcome relegation-haunted Chippa United at FNB Stadium for Wednesday’s Premier Soccer League encounter. […] 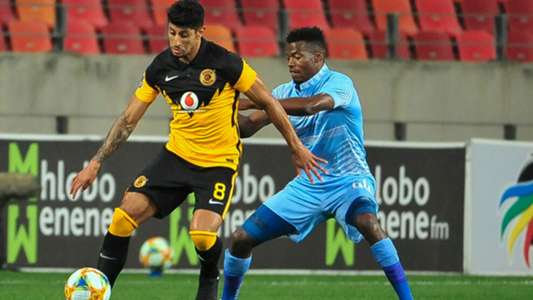